The Narcotics Control Bureau arrested Shah Rukh Khan’s son on October 3. The 23-year-old’s bail plea has been rejected thrice till now and the High Court has scheduled the matter for October 26. Meanwhile, on Thursday afternoon, the central agency conducted raids at Ananya Panday’s house followed by a visit to Shah Rukh Khan’s residence Mannat in Bandra. 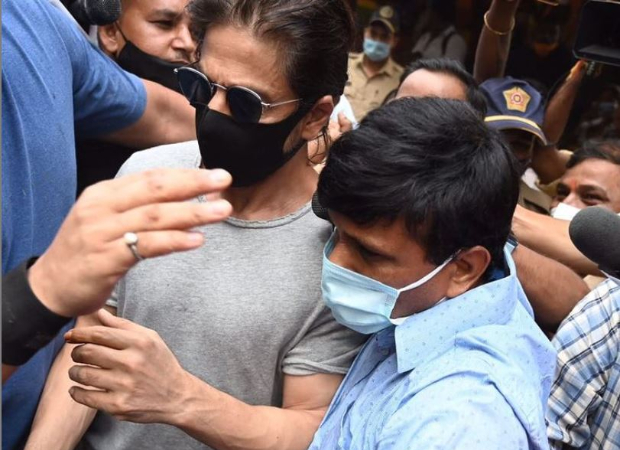 Visuals of the NCB reaching Mannat after conducting a raid at Ananya’s house have been doing the rounds on social media. Earlier today, Shah Rukh Khan had visited his son in person in jail for the first time after his arrest. He was spotted at Arthur Road Jail before the High Court annouced the date for Aryan’s bail hearing. While earlier there were reports of NCB conducting a raid at Khan’s residence, the NCB has clarified that they were at Mannat to pick up some documents and left soon after their work was done.

As for Ananya Panday, according to reports, the NCB found the actress’s chat with one of the accused in the drugs on cruise case. She is also close friends with SRK’s daughter Suhana Khan and son Aryan Khan.

Meanwhile, Aryan Khan and other accused will continue to remain in Arthur Road Jail. On October 20, the special NDPS court rejected Aryan Khan’s bail plea following which he reached High Court to file a bail application. The High Court will listen to his bail plea on October 26.