Bollywood actress Kangana Ranaut has once again landed in legal trouble. The Assam unit of Congress has filed an FIR against the actress for her alleged defamatory remarks against Mahatma Gandhi and freedom fighters. 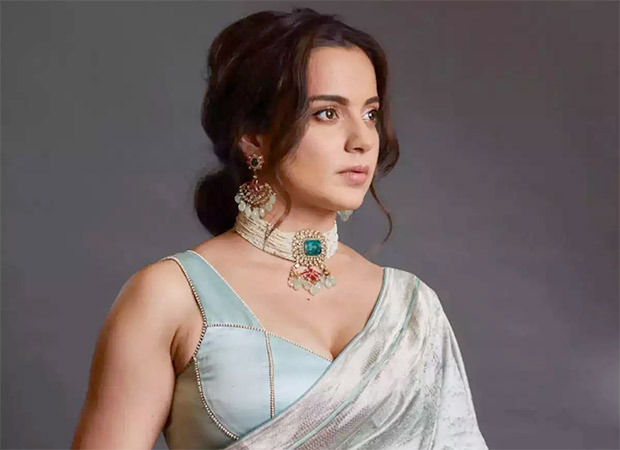 According to a tabloid, the Assam Pradesh Congress Committee, in the FIR, said that the freedom that India earned in 1947 was due to the sacrifice of thousands of martyrs and Gandhi. “The statement has hurt the people of this country as well as the families of the freedom fighters of Assam,” the FIR stated according to Times of India. The Assam PCC has requested the police to “take necessary action as per law to book the actor immediately”.

On Tuesday, November 16, Kangana Ranaut shared an old newspaper article and wrote, “Either you are a Gandhi fan or Netaji supporter. You can’t be both, choose and decide.” The article from the 1940s with a headline that read, “Gandhi, others agreed to hand over Netaji.”

In her Instagram stories, she said, “Those are the ones who taught us, if someone slaps you offer another cheek for one more slap and that is how you will get aazaadi. That’s not how one gets aazadi, one can only get bheekh like that. Choose your heroes wisely.”

She further claimed that Gandhi never supported Subhash Chandra Bose and Bhagat Singh. “So you need to choose who you support because just placing them all in one box of your memory and every year wishing them all on their birth anniversaries is not enough. In fact, it is not just dumb, it is highly irresponsible and superficial. One must know their history and their heroes,” she said.

Speaking at a summit, the actress stated that India got ‘real freedom’ in 2014, while referring to the BJP led government, and said that the country’s Independence in 1947 was ‘bheek’ (alms). A complaint has been filed against the actress by Preethi Menon, the national executive chairman of the Aam Aadmi Party. The political party condemned the derogatory statements made by Kangana and urged that a case be registered against her for sedition. Preethi tweeted that they have submitted an application to the Mumbai Police, requesting action on Kangana for her seditious and defamatory statements, under sections 504, 505 and 124A.

ALSO READ: Complaint filed against Kangana Ranaut for ‘Freedom in 1947 was bheek’ comment